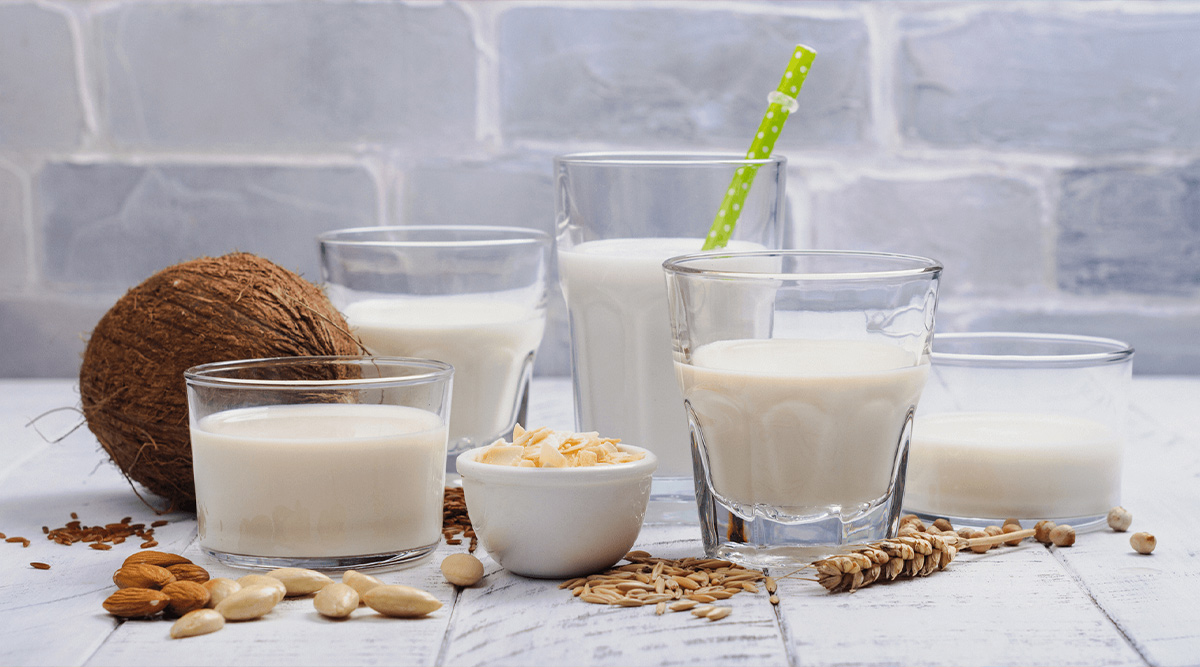 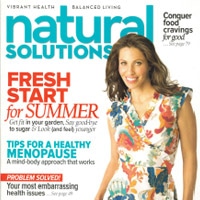 As the mustached celebrities in those milk ads tell us milk does a body good thanks to its calcium, vitamin D and other nutrients But what if you’re lactose intolerant, vegan or simply not a fan of cow’s milk? You have plenty of nondairy options- from the more common ones like soy and rice milks to the nut, oat, and even hemp varieties. “I tell patients with lactose issues to explore all of these nondairy alternatives because they all meet different nutritional needs and have unique tastes,” says Karen Graham, RD, an Arizona-based integrative nutritionist. What’s more, each of these milks has a distinct color, texture, and flavor that make it fun and interesting to cook with. San Francisco based chef and nutrition consultant Grace Avila shares her favorite ways to use these milks.

The original and most popular nondairy milk, soy milk has a nutritional profile similar to cow’s milk – it’s high in protein (seven grams per cup to skim milk’s nearly nine) and rich in iron. Soy milk is also low in saturated fat and contains no cholesterol. Some people, however, can’t get past the bitter aftertaste and strong odor. If this sounds like you, test the vanilla and chocolate-flavored varieties.

Try it: Substitute soy milk in your morning coffee, oatmeal, or any other recipe that calls for cow’s milk. Note that freezing soy milk can alter the flavor so don’t try making soy ice cream.

Made from a mixture of brown rice, water, and sweeteners, rice milk – like its main ingredient – is high in carbohydrates and low in protein (only one gram of protein per cup). Because it has fewer nutrients than other nondairy milks, store-bought rice milk is typically fortified with calcium and vitamin D, says Graham.

Try it: Add rice milk to squash or pumpkin soup for a touch of sweetness, or use it as a milk substitute in your brownie recipe.

Boasting 10 essential amino acids and a balance of omega-3s and omega-6s, hemp milk – made by blending hemp seeds and water – is an excellent source of protein. Also, one cup contains 16 percent more calcium than soy or cow’s milk.

Try it: Hemp milk’s thick, slightly gritty texture makes it a perfect addition to smoothies and creamy soups. Avila blends blueberries, raspberries, and strawberries with hemp milk and adds a scoop of whey for a protein-packed smoothie

Snacking on almonds is a surefire way to add protein and fiber to your diet – so it’s a bit shocking that a cup of almond milk only contains one to two grams of protein. Why? The drink is more water than nuts, says Graham, which makes it low in calories – only 60 per cup. Yet it contains plenty of vitamin E and trace minerals.

Try it: Almond milk has a creamy consistency and slightly sweet, nutty taste that work nicely in baked goods such as muffins and cookies.

Oat milk is made from a mixture of water and oat groats (the grain hulled and smashed), along with a few other grains such as barley or brown rice. Low in fat and high in calcium, folic acid, and iron – oat milk is a healthy alternative to cow’s milk. Unfortunately, it does contain gluten – a problem for those sensitive to wheat.

Try it: Pour it over cereal, substitute it for cow’s milk in baked goods, or add it to a curry sauce. Oat milk is quite versatile because it has the mildest and least-sweet taste of all the nondairy milk, says Avila.